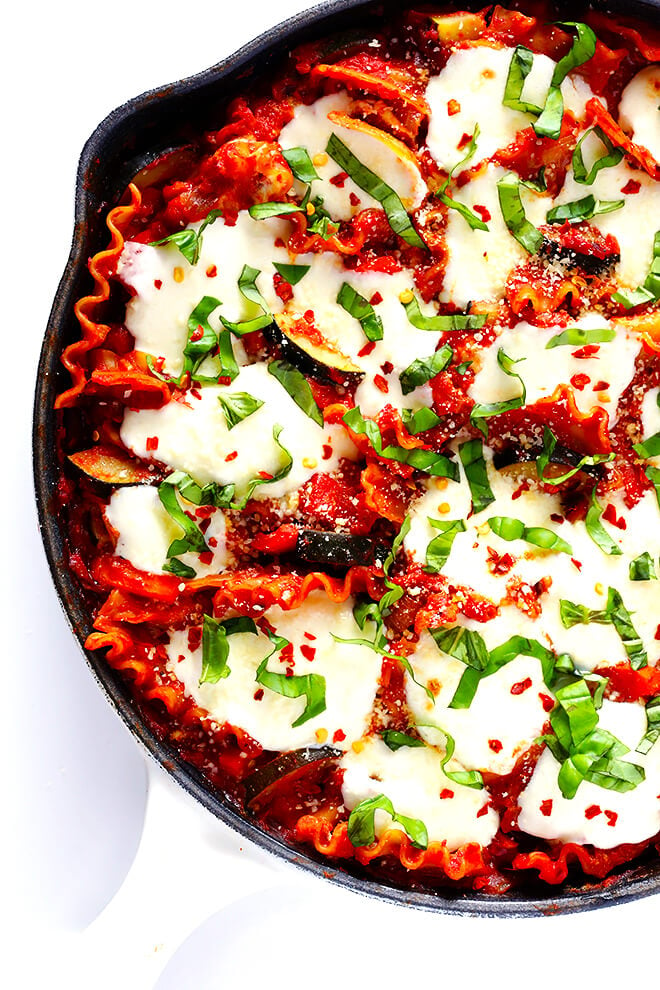 I had been out all afternoon running a handful of errands, and came home to regroup and cook some tacos for dinner. But when I walked in the door, lo and behold, the pile of groceries that I had left on the dining room table were no longer in a pile. Instead, my table runner and candles were all shoved to the side of the table, five brand-new packages of dry beans were torn open and scattered like a zillion pieces of confetti all over the table (and surrounding floor), a bite had been taken out (and then apparently promptly spit out) of a fresh jalapeño, four half-eaten tortillas remained (out of a bag of sixteen), and a very full little pup was sitting under the table looking up at me with those guilty eyes I know so well.

In the eight years that he and I have lived together, he’s never once tried to climb up on the table! But apparently, an old dog can learn a few new tricks, especially if he’s got a craving for some black bean tacos. (Just kidding, I’m pretty sure he passed over those dry beans!)

I’ve now re-arranged the chairs (and nixed the bench) around my dining table to prevent any future four-legged foraging. And Henry is back to his not-as-exciting regular meal plan. But he did succeed in forcing a rain check on taco night last week until I could buy more tortillas at the store. So instead, I decided to pivot to a meal that would have made Odie’s best friend very proud. 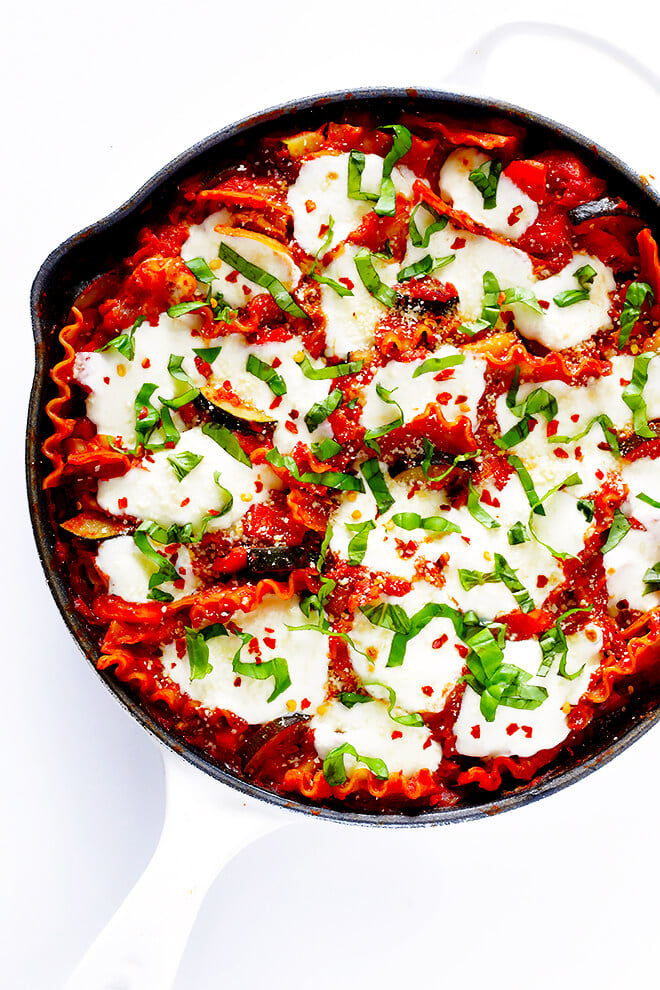 Because let’s be real — as much as I love eating lasagna, I’ve never been a big fan of making it. Specifically, making all of those layers upon layers of ingredients. Every now and then I’ll go to the effort. But 9 times out of 10, I take my favorite shortcut and just “skill-et!” (You know, cook it in a skillet!) ? 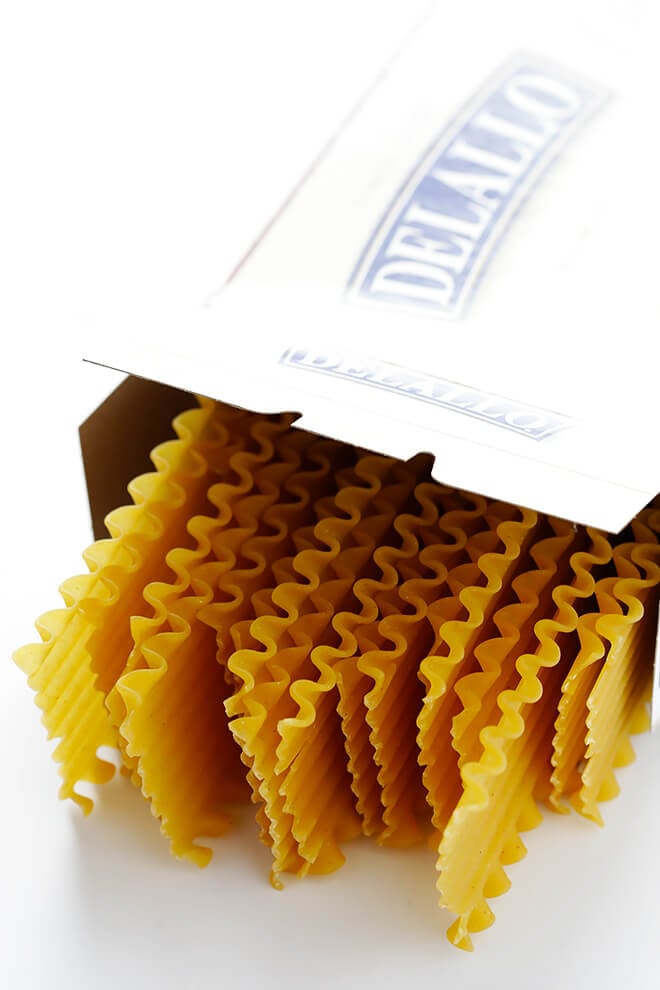 With skillet lasagna, you can still have all of those delicious lasagna ingredients/flavors you love. (Even down to that golden, melted cheese on top!) But instead of layering everything up in a pan and baking it, you just cook the lasagna noodles right in your sauce and cheese mixture until they’re ready to go, and then top it off with a quick broil in the oven to get that final layer of cheese nice and golden. So easy! And so good. 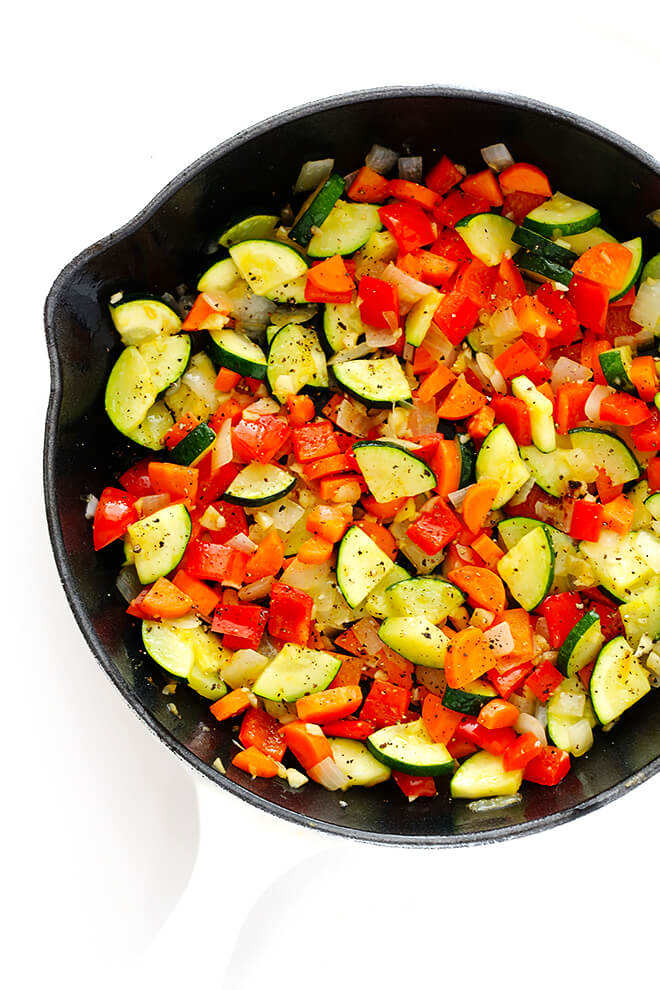 I decided to go with a veggie lasagna last week, in lieu of meat (for this vegetarian fiancé of mine). So I just sautéed up a bunch of vegetables… 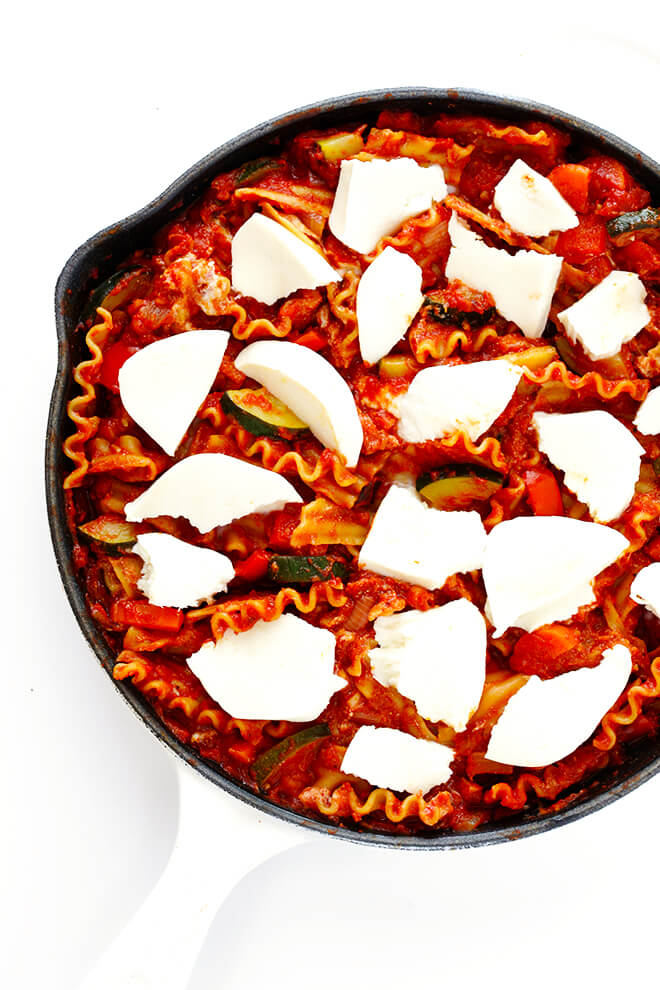 …added in some tomato sauce and broken-up lasagna noodles, and let them simmer for about 15 or so minutes (gently stirring the noodles occasionally) until the noodles were al dente. Then I tore up a ball of mozzarella cheese (or you could use shredded) and scattered the pieces on top…popped the pan under the broiler until it was melted and slightly golden on top (or you could just pop a lid on the skillet and let the steam melt the cheese on the stove)…then sprinkled on some fresh basil and Parmesan and crushed red pepper flakes… 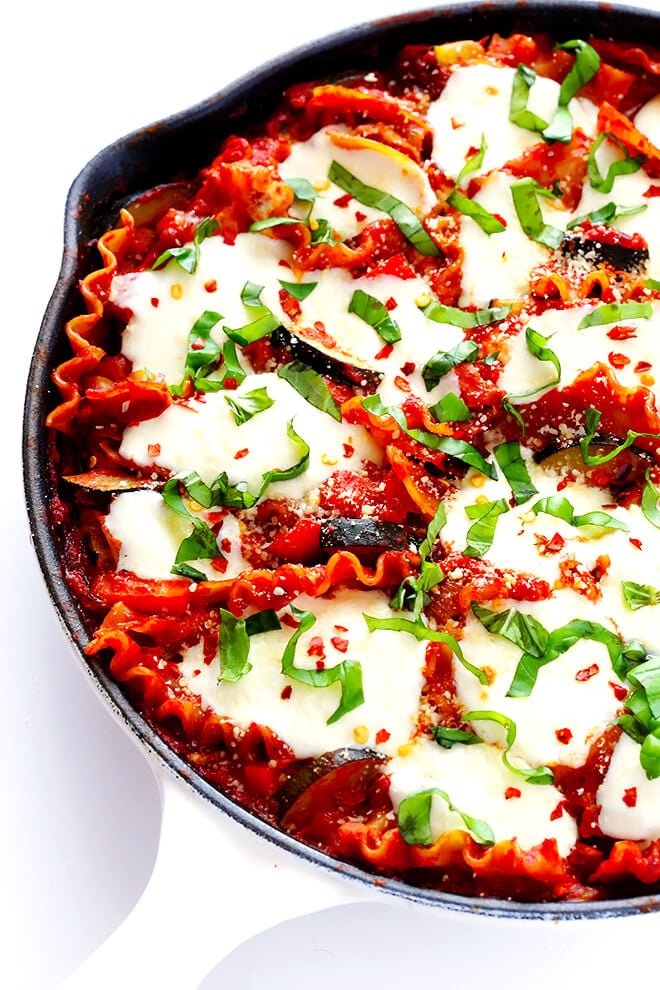 …and voila! Lasagna in a skillet!!! 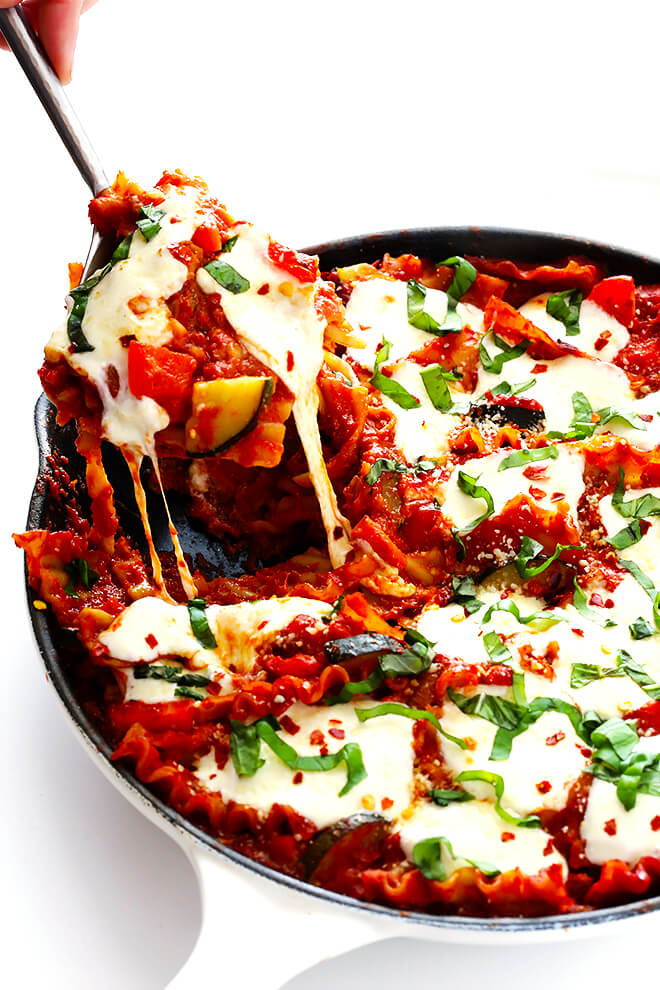 And oh my goodness, was it delicious.

I mean, you can’t really go wrong with lasagna, right?! But I loved all of those extra veggies stirred in there, which I liked to think balanced out the pasta and cheese at least a little bit. And hey — feel free to sub in whatever veggies or greens you happy to have on hand at the moment too! I had a bunch of fresh spinach in the fridge that I meant to add in and totally spaced off (happening next time!). But eggplant, broccoli, cauliflower, sweet potato, kale, butternut squash — or really, most veggies — would be delicious in this too. 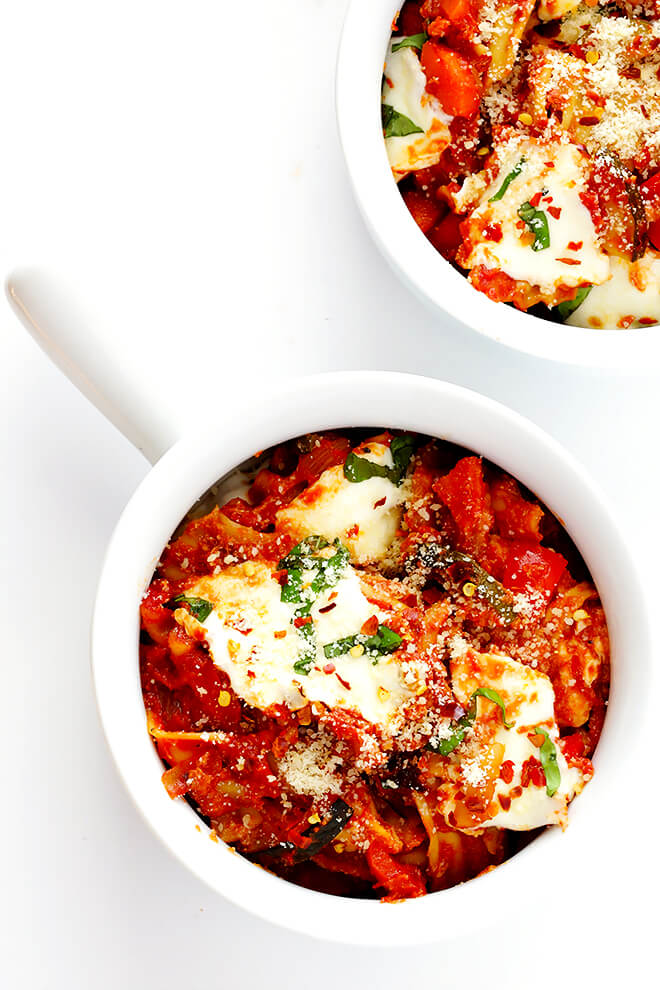 Skillet cooking for the win! Hope you all enjoy this one!

This skillet vegetable lasagna recipe is easy to make on the stovetop, it’s chock-full of delicious veggies, and it’s so delicious!