Learn how to cut leeks with this quick 1-minute video tutorial! Plus, I’ve included lots of tips below for how to select, store and cook with fresh leeks. 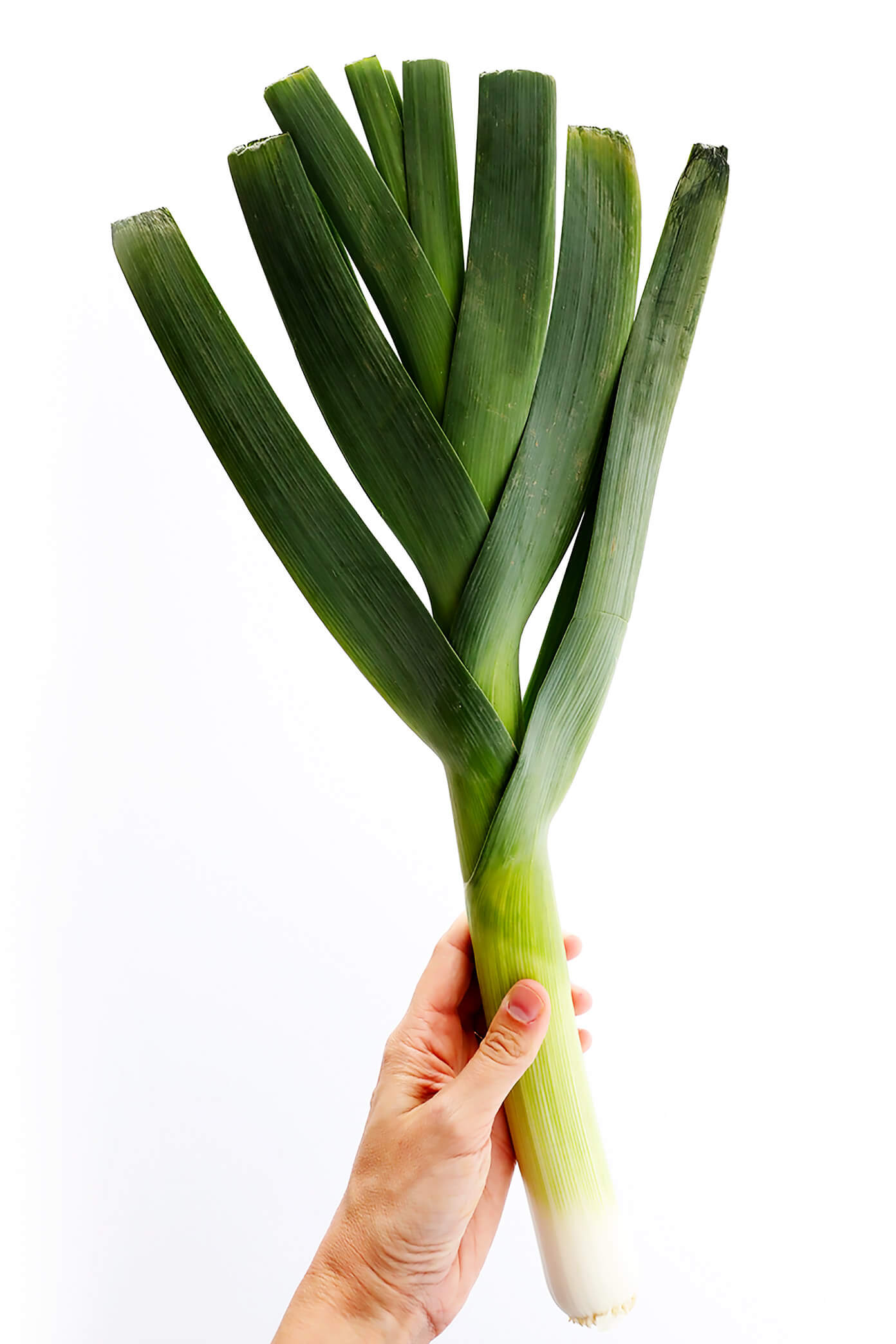 Hey guys! I’m back with a How-To Tuesday video tutorial that has come highly requested by many of you — how on earth to cut fresh leeks!

Like many of you, we didn’t grow up using fresh leeks in our home. So when I first started teaching myself how to cook and went to the store to pick up a batch, I found myself staring blankly in the produce section with all kinds of questions. ? . What are good fresh leeks supposed to look like? Are they basically just huge green onions? Which parts are you supposed to eat? What’s the best way to cook them??

Well if you’ve ever had any of these questions, today’s tutorial is for you. The good news is that fresh leeks are actually incredibly easy to work with, and incredibly delicious. They have a mild onion flavor going on that’s also uniquely herbaceous, slightly sweet, and wonderfully savory. And they pair well with almost any herb, and have this magical ability to bring extra depth and flavor to any dish. I’m a huge fan of them. And interestingly, now that we’re living in Spain, leeks are absolutely everywhere here (like, literally, they’re sold in convenience stores), which is so fun! Plus, fresh leeks cost a small fraction in Europe as what they’re sold for in the US. So I’ve been cooking with them more than ever here…which probably means they’ll start showing up in more of my blog recipes more than ever…so hence, today’s tutorial is all kinds of timely.

Alright, let’s get to it and talk about how to select, store, cook, and — yes — how to cut leeks!

HOW TO CUT LEEKS | 1-MINUTE VIDEO

Check out this quick video to see my favorite method for cutting fresh leeks.

How To Select Leeks:

In general, you want to look for fresh leeks at the market that:

How To Store Leeks:

Fresh leeks should be stored in the crisper drawer in your refrigerator in a plastic bag. Pop them in there as soon as you bring them home from the market, and be sure that they’re nice and dry before storing. Depending on their level of freshness upon purchase, fresh leeks should last in the fridge for up to 2 weeks. (Just give them a good look-over before using.) 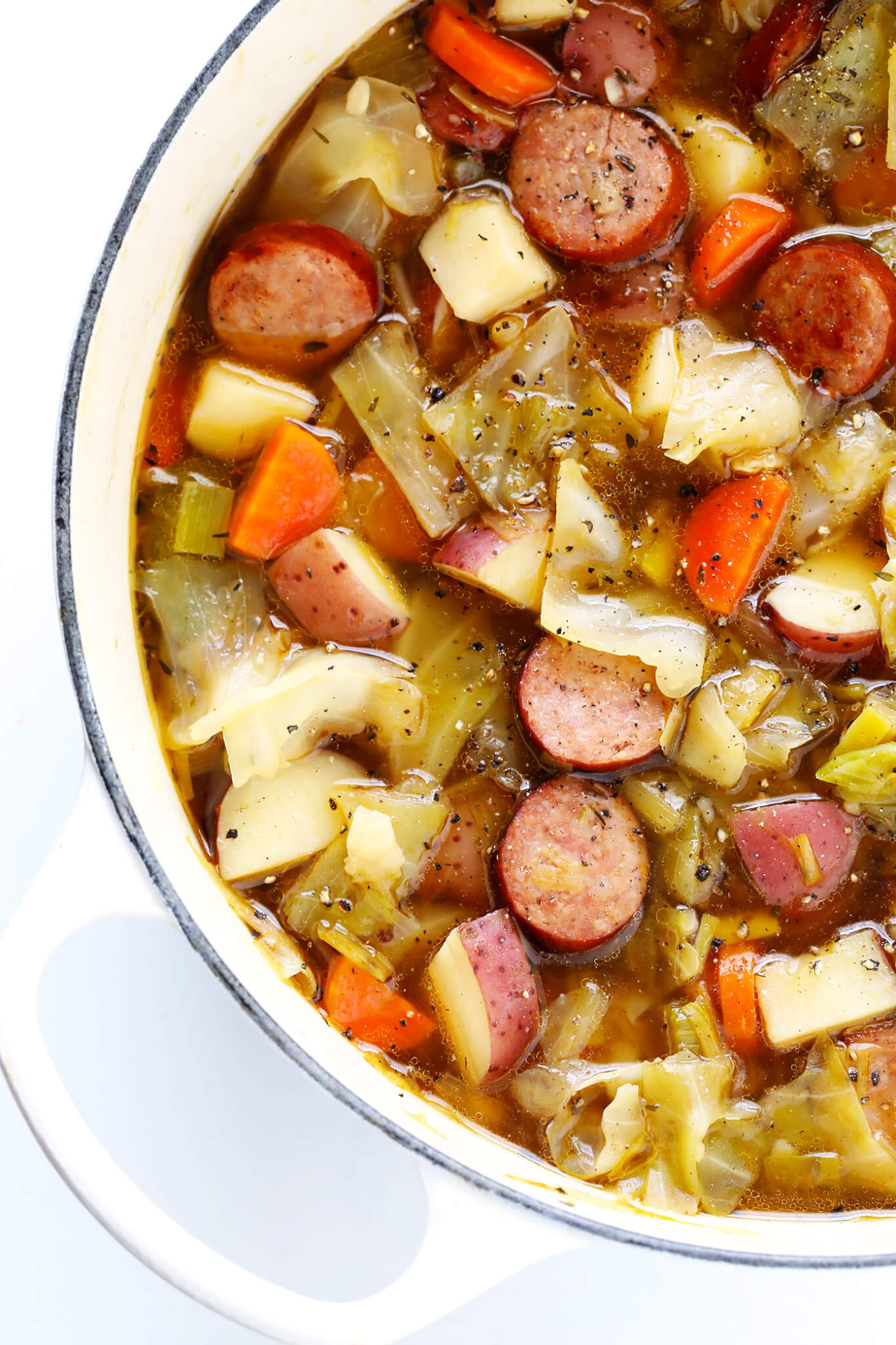 How To Cook Leeks:

The first step in cooking with fresh leeks is always, always, always to wash them before using. Leeks are grown in the soil, which almost always sneaks in between all of those delicious layers. So as noted in the video above, be sure to always give them a good rinse before using them.

Once the leeks are cleaned and ready to go, trim off and discard the very end of the leeks (the roots). Then cut off the dark green leaves on top, which are generally not eaten but can be used to help flavor stock or broths, if you’d like. (The dark green parts can be frozen and saved for later too.)

Then, the pale white and light green parts will be ready to go! You can either: 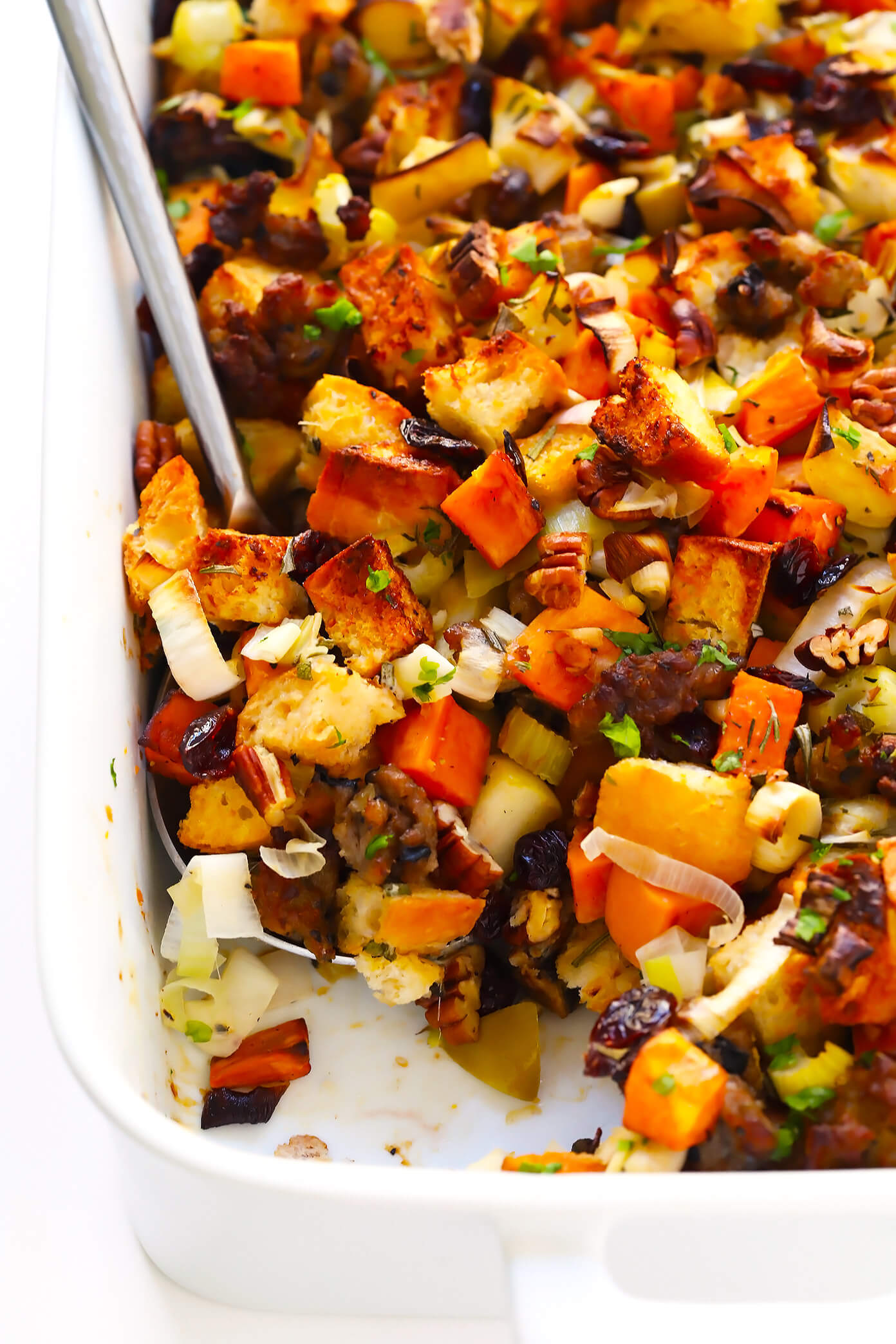 My favorite method for how to cut fresh leeks.

How To Keep Pie Crust From Shrinking

How To Properly Salt Your Pasta Water

How To Open and De-Seed A Pomegranate

How To Make Whipped Cream

How To Dice An Onion

How To Cut A Pineapple

How To Cut Brussels Sprouts

How To Cut Broccoli

How To Make Poached Eggs

How To Make Soft-Boiled Eggs

How To Keep Pie Crust From Shrinking

How To Properly Salt Your Pasta Water

How To Open and De-Seed A Pomegranate